Goalkeeper Dare Dede was the hero as a very determined Shooting Stars Sports Club, 3SC of Ibadan were to held a 1-1 draw by hosts, Wikki Tourists of Bauchi on Sunday.

Needing a positive result to brighten their chances of surviving the drop, the Oluyole Warriors fought bravely in the matchday 34 game played at the Abubakar Tafawa Balewa Stadium, Bauchi.

A classy performance by Dede, coupled with the resilience of the skipper Abbey Benson led defense, as well as the fighting spirit of the entire squad, almost earned the coach Edith Olumide Agoye tutored lads the maximum points, but for a late penalty kick awarded the homers. 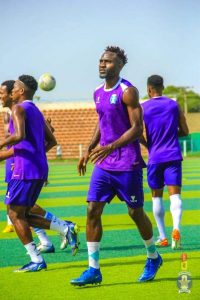 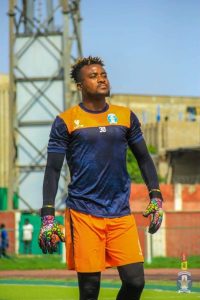 Wikki Toursits, under the tutelage of coach Kabiru Dogo, did not hide their intension to win the encounter but goalkeeper Dede stood between them and goals as he made countable number of saves in each half of the duel.

Though Wikki Tourists had the most chances in the first half, the visitors could have also broken the deadlock but for goalkeeper Galadima Mohammed timely save off a a header by Lucky Emmanuel, while Sochima Elum’s well struck shot narrowly missed the target.

With the first half ending goalless, the second half was more electrifying as both sides intensified their search for the opener and with Dede remaining the stumbling block against the homers, the Oluyole Warriors stunned them and their vociferous fans with the opener eight minutes after the restart.

A well directed free kick by impressive left back, Ebuka Anaekwe, ended up locating winger, Opeoluwa Olufemi, whose flicked header sailed straight into the net, to give the Stars a 1-0 lead.

Wikki Tourists’ spirited efforts to level up were thwarted by Dede and his defenders and when it appeared the visitors will carry the day, a penalty was awarded to the hosts in the dying minute as Gali Falke was adjudged to have handled the ball, a decision which 3SC players protested against but to no avail.

Substitute, Idris Muhammed Guda, made no mistake from the spot to give his side the face saving leveller, thus ending the tie 1-1 as both sides could not find the winning goal within the five added minutes.

With their points haul increased to 43, courtesy of the draw, the Oluyole Warriors, who are placed 12th on the log after matchday 34 games, welcome 13th placed Abia Warriors to the Lekan Salami Sports Complex on Sunday, for a matchday 35 fixture.