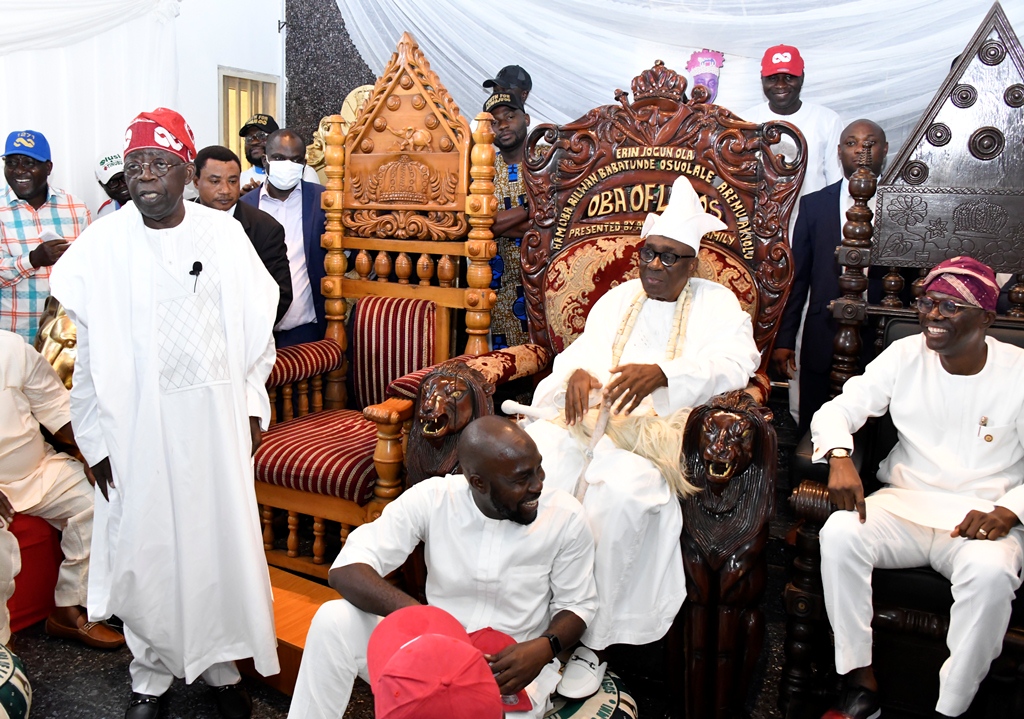 All roads leading to the presidential wing of the Murtala Mohammed International Airport (MMIA) were a beehive of activities as residents of Lagos State trooped to the airport to receive the presidential flag-bearer of the All Progressives Congress (APC) in the 2023 general election, Asiwaju Bola Ahmed Tinubu.

Tinubu, a former Governor of Lagos, returned to the State for the first time after clinching the APC presidential ticket during the primaries held early this month in Abuja. The party’s National Leader touched down in Lagos in company of APC notable leaders of the party.

Various groups of artisans, women and youth joined thousands of APC faithful in Lagos to welcome Tinubu back to his base. Also, there were various cultural troupes and musical bands, entertaining the massive crowd.

Tinubu’s homecoming turned to a carnival immediately his motorcade rolled into the town. Crowd of residents lined up along the the convoy’s route, with Tinubu acknowledging cheers and waving his broom from the window.

The convoy moved to the palace of Oba of Lagos, Alayeluwa Rilwan Akiolu, where the APC National Leader received royal blessings. 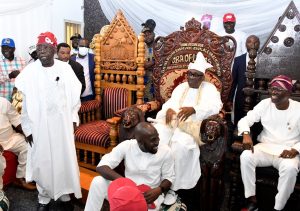 Tinubu recalled that his victory at the party’s presidential primaries did not come easy, noting that he fought a hard battle to clinch the ticket.

He said: “There is no Lagos indigene that has had the opportunity to become President of the Nigeria, despite the contribution of the State to the national stability and progress. The highest position attained by any Lagosian in national leadership is the position of Chief Judge of the Federation.

“I took up the fight to break this jinx. The battle to secure the APC ticket was hard. When I was almost fed up, I resorted to prayers. I also poured out my mind when I felt there was a gang up against my person. Thank God that I have brought home the presidential ticket.

“The task ahead is to galvanise our people to get their voter cards and vote to enable us realise this ambition. Getting our people to vote is the most important task before all of us. We need to take this message to our people across communities and sensitise them on the need to vote in the general elections.”

Akiolu, who described Tinubu as his “stubborn son”, said it was time for political leaders in Southwest region to close ranks and work for the victory of Tinubu at the 2023 presidential election, saying the massive support received by the APC National Leader across the country must be complemented by politicians in the region.

The monarch said: “Your emergence as presidential candidate of your party is the beginning of another journey in your political career. All Yoruba ancestors shall be with you on this journey to make our fatherland a better place.”

Tinubu left the palace to his house on Bourdillon Road in Ikoyi, where the APC Governors, led by chairman of Progressives Governors Forum, Atiku Bagudu, were waiting to receive him.