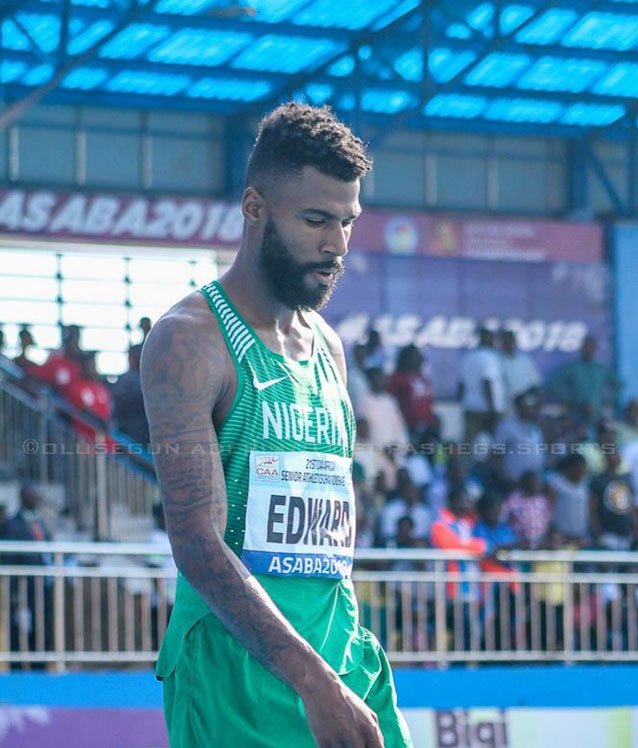 He has been named the nation’s champion and will compete for Nigeria at the Commonwealth Games.

At the National trials, which the Athletics Federation of Nigeria, AFN, arranged, Edwards made his mark.

By successfully defending his National title at the trails, Edwards, an African Champion Silver medallist, adds another honor to his collection.

After clearing a season-best 2.20 meters, he won the high jump competition.

TWO TIME NIGERIAN NATIONAL CHAMPION #AndStillJOB FINISHED was written alongside a picture of the occasion. Road back to the Commonwealth Games: 2.20 m.