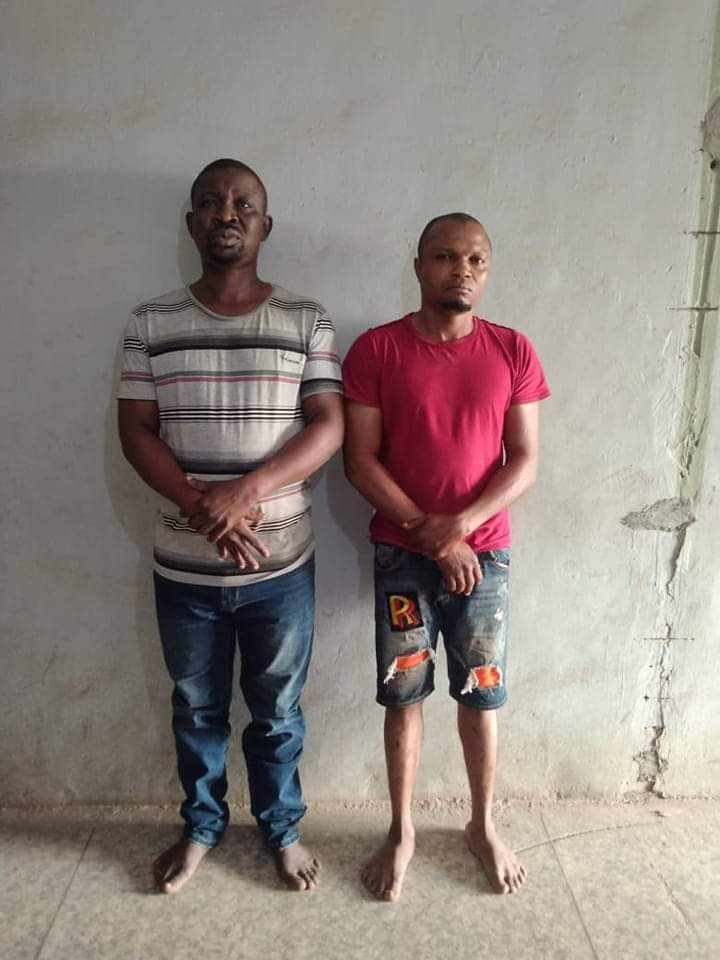 On Friday, at about 3.50mpm, a bank cashier noticed that a 64-year old customer was fidgety, receiving repeated calls and was in a hurry to withdraw N600,000 (six hundred thousand naira naira only). The cashier then asked what the problem was and the woman said she would die if she talked.

Police officers from Ogudu Division of the Lagos State Police Command were quickly contacted. Out of the three fraudsters waiting outside, Uche Awaize ‘m’ aged 45 and Osadebe Aigbe ‘m’ aged 35 were arrested. The third suspect bolted.

Preliminary investigation revealed that the suspects had first collected N90,000 from the woman.

The Rapid Response Squad (RRS) said efforts are on to arrest the fleeing gang member.