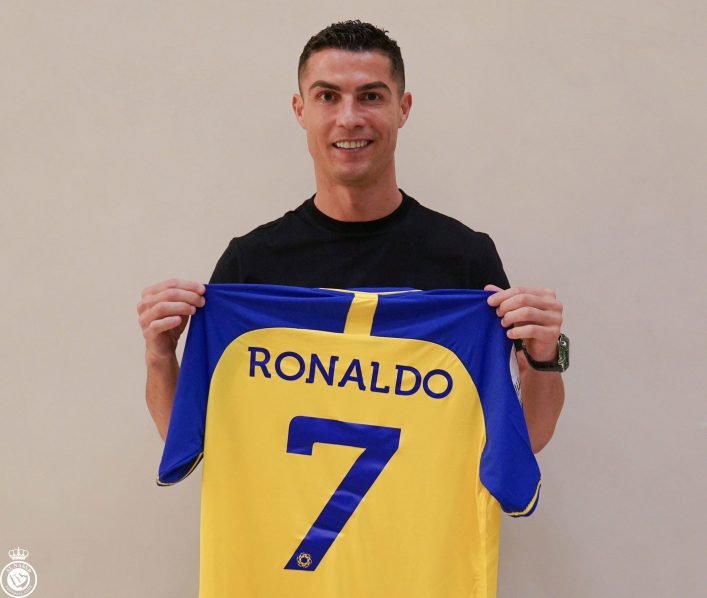 Following his record-breaking £175 million per year transfer to the club, Christiano Ronaldo is scheduled to fly into Saudi Arabia on Monday for his medical at Al-Nassr. He may possibly make his debut this week.

Al-Nassr will be eager for their new Portuguese superstar to accumulate some key minutes before a top-of-the-table match against Al Shabab next Saturday. Al-Nassr will face Al Ta’ee at home in the Saudi Pro League on Thursday.

Despite a fast turnaround, the manager Rudi Garcia may have his wish – as Ronaldo is reportedly set to undergo his medical at the club on Tuesday just a day after flying to Saudi Arabia.

According to sources, Ronaldo will land in Riyadh on Monday evening before being officially unveiled as an Al Nassr player on the following day, provided he passes all medical tests.

Al Nassr’s 30,000-seater stadium Mrsool Park is primed and ready to unveil the club’s new signing to a capacity crowd of excited fans on Tuesday.

According to Saudi newspaper Arriyadiyah, Al Nassr are ready to ‘throw a party’ at the same level of Ronaldo’s Real Madrid unveiling in 2009.

It is understood the veteran will stay in a luxury hotel in the capital while he looks to find a fixed residence in Riyadh.