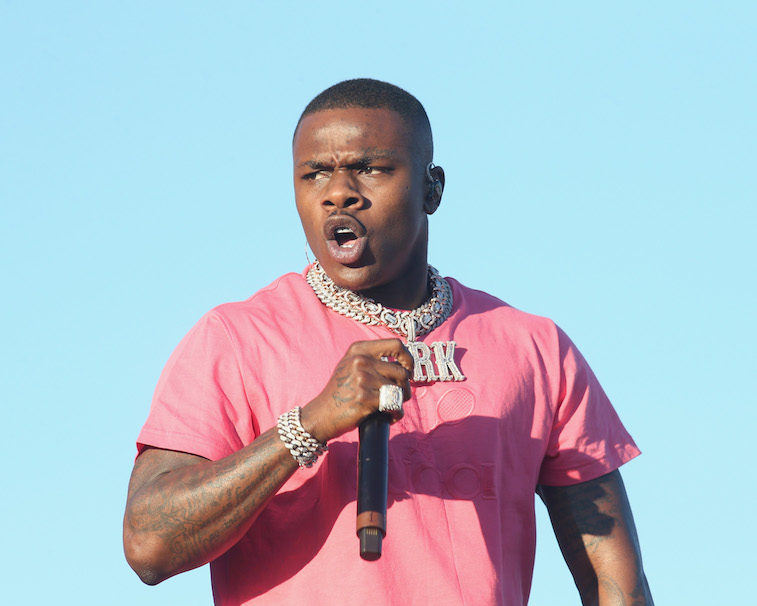 Baby expresses his disdain for Satan and declares that nothing will stand in his path.

DaBaby is known for his upbeat bangers, but he’s also known for his drama involvement. While being a star, the 30-year-old rapper has been involved in a number of fights, and it goes without saying that he isn’t frightened of anybody, including the devil.

Baby, whose full name is Jonathan Lyndale Kirk, appeared in front of thousands of screaming fans in Montreal, Canada, last night (May 22). The rapper awoke with a message on his mind after giving his all throughout the concert. He shared his opinions with his followers on Instagram.

While laying in bed, the “Suge” artist asked a question, “Aye, who got the devil’s number?” After a split second of silence, he added in, “Somebody text that n*gga and tell him he can’t f*ck with me.” The star then laughed hysterically into his pillow before stating, “B*tch a** n*ggas… and p*ssy h*es.”

Entertainment commentator, DJ Akademiks, shared the story on his Instagram page, and it’s getting a lot of mixed comments. One person wrote, “Keep knockin on his door he gone give you what yu lookin for eventually.” While another differed, saying, “BIG AMEN TO THAT.”

It’s unclear what Baby is referring to, but recently, he had words for his newest baby mother, DaniLeigh. During an interview with Angie Martinez, the songstress claimed that she was not Baby’s side piece, “He knew that too,” she assured the interviewer.

Following this, the father of four issued a response, saying, “I don’t want shorty broken, I just didn’t want you around me no more.”