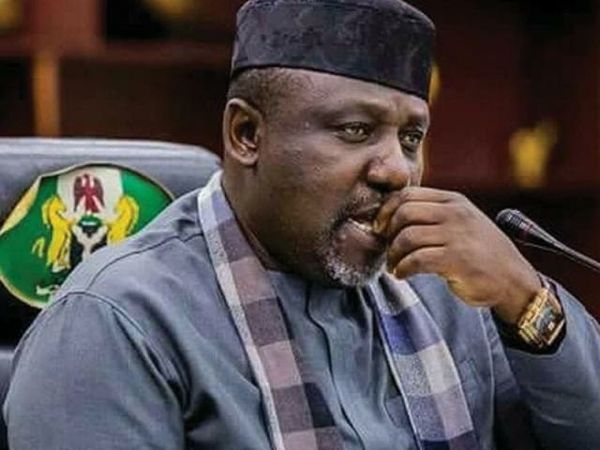 The EFCC prevents Okorocha from attending the APC’s presidential screening.

Senator Rochas Okorocha, former governor of Imo state and presidential candidate in 2023, was arrested by the Economic and Financial Crimes Commission, according to a video published by Channels TV (EFCC).

The EFCC had earlier besieged Okorocha’s house in Maitama, Abuja, on Tuesday, May 24, 2022, in order to arrest him.

Okorocha told reporters at his Maitama district residence in Abuja that the EFCC had barred him from participating in the All Progressives Congress Presidential screening.

“Frankly speaking, the situation I find myself in is a situation of what I call hostage. Policemen and EFCC operatives are currently in my compound and they want to possibly whisk me away, my gate is blocked,” he said.

The senator representing Imo West, on the other hand, declined, stating that he will not surrender to the anti-graft agency without a warrant.

Wilson Uwujaren, the EFCC’s spokesperson, said in a statement on Tuesday that they were at the house to bring the former governor to stand trial before a federal high court in Abuja after several invitations were declined.

Things took a different turn at the residence after supporters of the Imo West senator flocked to the premises, singing and chanting Okorocha’s praises.

After the supporters refused to leave when asked, security operatives fired into the air. Everyone, including journalists and senatorial staff, was chased away by the operatives.

The operatives eventually broke into the presidential candidate’s home and took him into their custody.