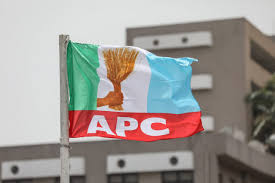 The All Progressive Congress (APC), on Wednesday, 25th of May, 2022 says it has adopted a direct mode of primary elections for Abia, Benue and Osun States respectively.

This was revealed in a statement made accessible to Hotjist. 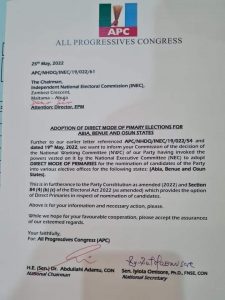