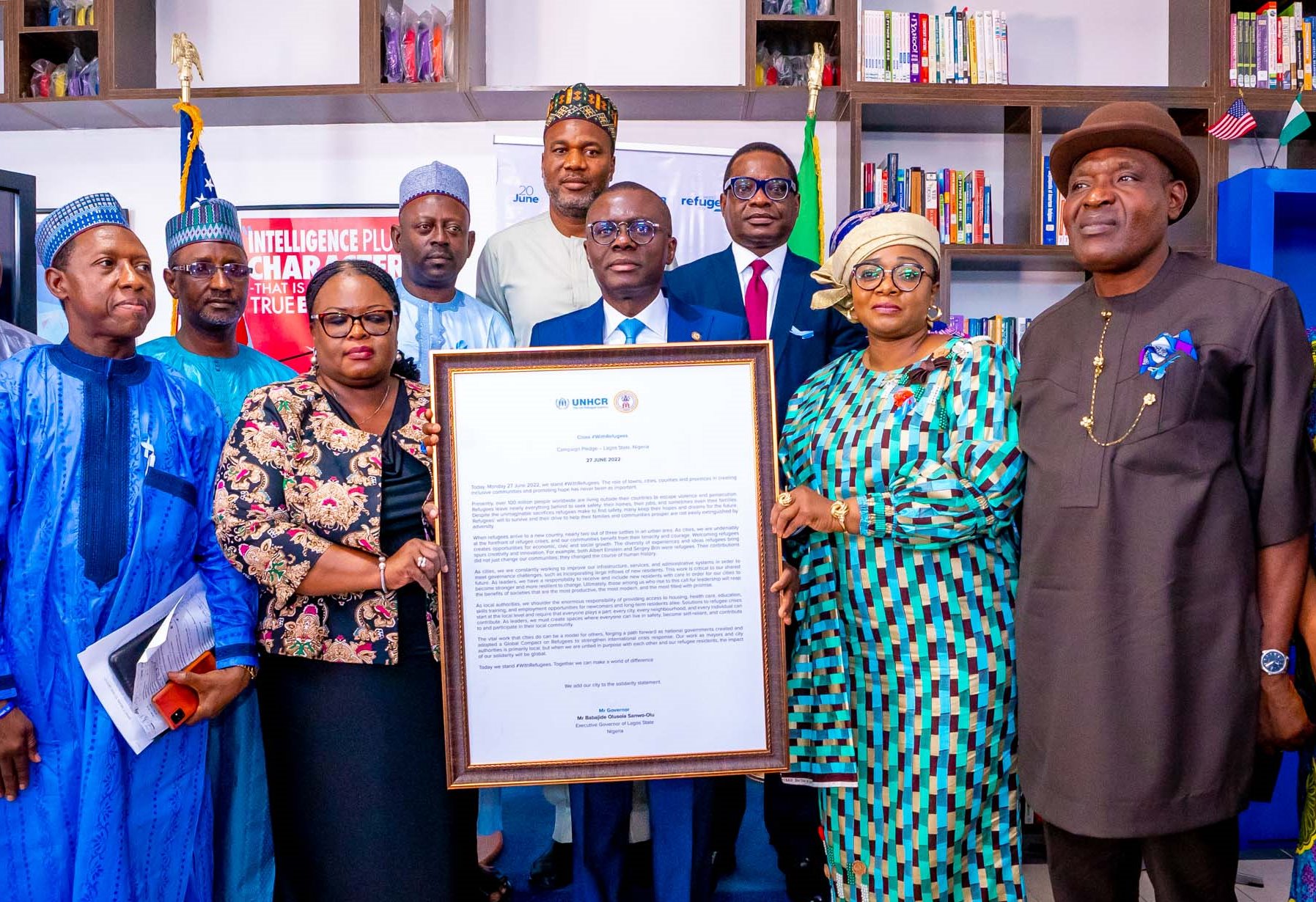 The governor of Lagos State reaffirmed the commitment on Monday. Lagos State will continue to be accessible and to offer all displaced people looking for safety from violent conflicts and disasters non-discriminatory support.

The state will continue to be a refugee-friendly metropolis, according to Governor Babajide Sanwo-Olu, and will offer employment possibilities to displaced people who are sincerely trying to start over.

During a commemorative event held in Lagos to mark World Refugee Day, the Governor made the commitment. At the occasion, Sanwo-Olu also acknowledged Lagos as a city with refugees by signing a document. 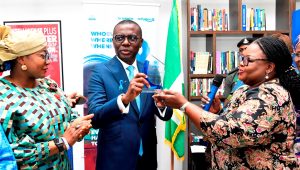 An estimated 84,000 refugees from other African nations have arrived in Nigeria. Lagos is home to 1,656 registered refugees and 611 asylum seekers from 34 countries; the majority of these people have been integrated into communities to begin new lives.

According to Sanwo-Olu, Lagos views providing protection to refugees as a moral duty enshrined in human rights rather than a privilege. He claimed that regardless of a person’s gender, age, nationality, religion, or place of origin, the state had maintained a non-discriminatory policy to uphold their rights when seeking safety.

He said: “It gladdens our heart as a Government to receive the validation that Lagos is a city with refugees. I make further pledge that we will continue to make the State a refugee-friendly city and a land of opportunity for refugees legitimately seeking to rebuild their lives here. As a Government leader, my administration will continue to offer protection and provide the ambience for displaced persons to improve their well-being. 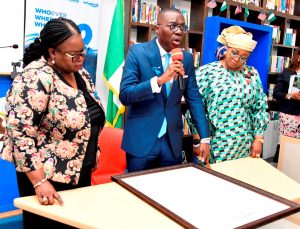 “No matter what the political belief, religion, tribe or gender of anyone seeking safety in our communities from violent conflicts, we will not do anything that will make them uncomfortable living in the State. Once we give the refugees social protection, we believe they can use their talents and energy to flourish, thereby contributing their own quota to the development of their host communities and the State’s economic growth.”

Sanwo-Olu, however, spoke to the root cause of the refugees’ proliferation, appealing to political actors to fashion out ways to amicably resolve disagreements that have the potential to result in violent conflicts.

This, the Governor said, is necessary to stem the growing number of persons running away from their communities due to violent conflicts. He said the global refugee figures remained an “embarrassing number” to humanity, calling for restraint among warring global leaders. 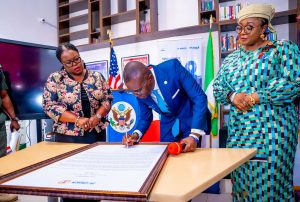 “I’m also using this platform to enjoin Lagosians to exhibit the true spirit of the State, by welcoming all asylum seekers who have genuine interest to be part of their communities. The refugees must not be forced to return to where their lives and well-being would be threatened again,” the Governor said.

Minister for Humanitarian Affairs and Disaster Management, Hajia Sadiya Umar Farouq, called for more action to address discrimination against refugees in non-conflict zones, pointing out that the ongoing Russian-Ukrainian War had aggravated the crisis of refugee.

Represented by Dr. Abubakar Suleiman, the minister said Nigeria would continue to respect the provisions of the 1951 Convention on Refugee, stressing that international best practice would be employed in handling the IDPs across the country.

NCFRMI Federal Commissioner, Hajia Imaan Ibrahim-Sulaiman, said the signing of the Declaration of Lagos as a ‘City With Refugees’ signified “a defining moment” with global significance.

The signing, she said, underscored the place of refugees, asylum seekers, stateless persons and other Persons of Concern (PoCs) in the heart of Lagos. 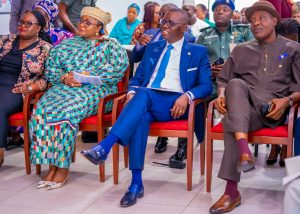 “Under the current leadership, Lagos has created inclusiveness and promoted hope for refugees and other PoCs through favourable policies in the areas of education, health and social services. With the signing, Lagos is going to join other league of towns and cities in the world that have signed the Declaration”, Ibrahim-Sulaiman said.

UNHCR Representative to Nigeria, Ms. Chansa Kapaya, said the commemoration was created as a day to build empathy, celebrate the strength and courage of refugees, while also recognising their resilience and taking action to solve their plight.

She urged global leaders to step up and work together to solve the global refugee challenges.

A Cameroonian refugee, Zemkwe Nekuna, a lawyer, who spoke on behalf of international refugees in Nigeria, delivered the appreciation note of IDPs to the Government for offering them the platform to grow beyond their predicament.