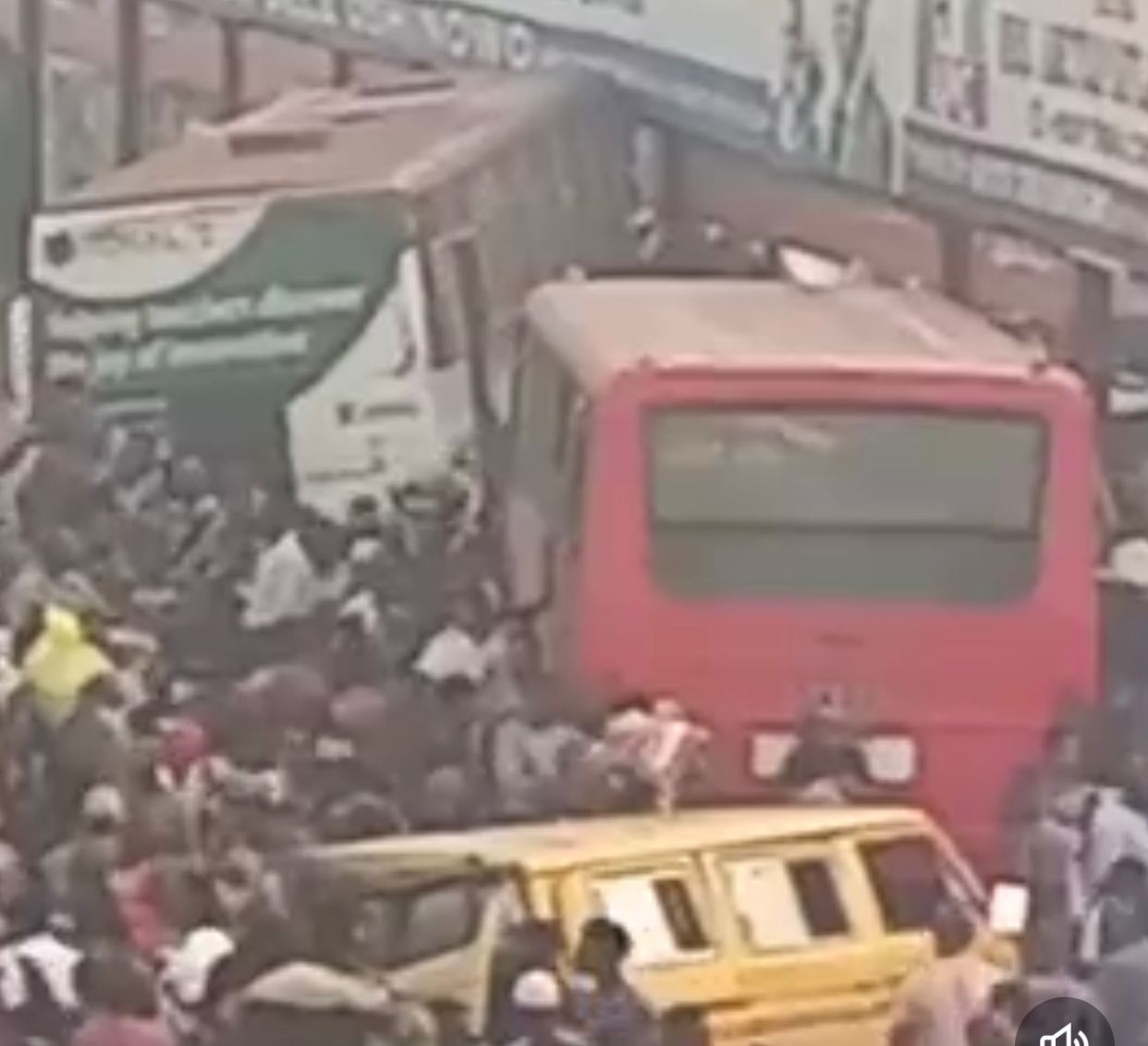 Three people were crushed to death while many others were injured as Two red buses collided in the early hours of Wednesday at Ketu area of Lagos State causing a traffic jam. The incident occurred at about 6.53am, inward Mile 12.

Road users who were heading for Mile 12/ Ikorodu have been held up in traffic gridlock as a result of the accident.

According to report, the bodies have been deposited in the morgue while those injured have been taken to the hospital for medical attention.

Red buses are operated by Asset Management Company under a public private partnership to compliment the services of Bus Rapid Transit (BRT), in Lagos.

An eye witness Mrs. Bolarinwa Adelakun, said the incident occurred when the Red bus suffered brake failure and crashed into the Yellow and in the process, crushed three people to death and injured many others.

She said the victims were among many who ignored pedestrian order by standing by the road side to board vehicles or dash across the expressway despite closeness to designated bus- stop and pedestrian bridges unfortunately the incident caught them unawares.

“The incident is unfortunate. Designated bus-stops and pedestrian bridges are constructed for our use.

Let me seize this opportunity to advice people to make good use of it and stop endangering our lives” he said.

At press time, he said his men and Alapere Division were on ground doing the needful. “We have called for our trucks to come and remove the accidented vehicles to allow free flow of traffic.

He said,” The proactive of LASTMA and Alapere Division have helped a lot”.

The Spokesperson said men of State Environmental and Health Monitoring Unit (SEHMU) have deposited the bodies at the morgue.