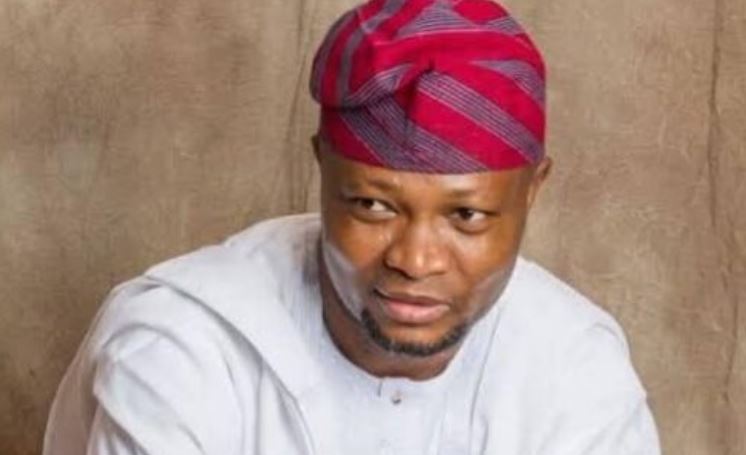 October, 26, 2022. Dr. Abdul-Azeez Adediran (Jandor), the People’s Democratic Party’s candidate for governor in Lagos State, has promised that if elected to office, the people of Lagos will have a governor who is deliberate about resolving the state’s issues.

Adediran said this on Thursday while visiting Festac Town in the Amuwo Local Government area and holding discussions with local stakeholders.

The PDP candidate, who was warmly received by a significant number of supporters, claimed that his timing and strategy differ significantly from the election cycle standards, where anyone can choose to run for governor.

“This project actually began seven years ago. It shows that we have been deliberate from the beginning and that we continue to stay on course because winning our beloved Lagos back is what we have always desired.

Our current government is made up of individuals who never envision to govern, people who never plan or prepare to govern. “Somebody just call them and put them there. Therefore, you shouldn’t have high expectations of them.

“You will have a governor in me who is methodical in addressing the problems in Lagos. From the menance of the National Union of Road Transport Workers (NURTW) to the need to support our children’s education.”

“So, more than just wanting to be governor, I also want to be a governor who will be able to look back on his accomplishments after serving for eight years.”

The leader of the Lagos4Lagos movement further disclosed to the stakeholders that his first goal is to make sure he assumes that position as an independent governor.

“I know all the challenges that Festac residents are facing, but I don’t want to become a governor who needs a second approval from someone before I can fix Festac.

“Perhaps those who came into office before me could have done better if they had some level of independence in how they emerge as governor, but unfortunately it is what it is.”

Adediran, who pledges to lead an inclusive government, promises to put forth policies that will boost the development of the state, including Festac Town Housing Estate.

Despite having been in power for 23 years, he criticised the APC-led administration for failing to have an impact on the community.

“I am aware that this local government area  has always been a PDP stronghold. We applaud you for this, as it demonstrates that the residents have been longing for a breath of fresh air even before we bring the initiative to you.

To ensure that all of the state’s children get an education, Adediran promises to impose a state of emergency on the educational system.

“There are over 2 million children out of school in Lagos today, we will look for ways to take them off the streets.
“Our strategy in that specific area states that the contract for all the uniforms would be offered to all the tailors in Amuwo because that is how we perceive the economics.

By doing so,  we are putting money directly into people’s pockets and boosting the economy of such local government while also maintaining powers of the locals.

“My benefit as a government is that I would have been successful in turning that informal community into a formal one. I’ve widened the state’s tax bases by doing that.

Additionally, he pledged to put into effect policies that will empower young people and enable Lagos residents  to benefit from the wealth of Lagos.

“We have policies thatwill ensure that any investor who wants to granted approval for projects must provide proof proving they will engage at least 30% of the community youth.

“By doing this, we will ensure that our youth are involved in the project and that they perceive themselves as key stakeholders.

He urged Festac Town residents to vote for all PDP candidates in the general election in 2023.

Mr. Fakorede, a representative of FTHE, said in his earlier speech that the association has not endorsed any party and that they will listen to all candidates before making a decision.

Alonge Kayode pledged support to the PDP candidate on behalf of NATA members while WHA members also declared their support to him.

Adediran stated his intention to lead a government of the people during an interactive session with the Christian Association of Nigeria’s Amuwo branch.

He visited the palace of Oba Isaac Owolabi Olayemi, the Alamuwo of Kuje Amuwo land, where he sought his blessing.