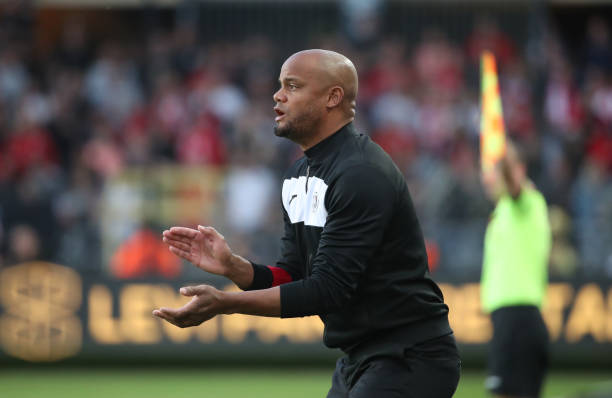 Former Manchester City captain Vincent Kompany is in talks to take over as Burnley’s new manager.

The former Belgium centre-back is expected to leave his current role as manager of Anderlecht on Wednesday, having completed his second full season in charge.

Kompany is on a shortlist of candidates to succeed Sean Dyche as manager of Turf Moor, although no decision has been made yet.

Burnley have been without a permanent manager since firing Dyche in April, and despite picking up 11 points from eight games in charge, caretaker manager Mike Jackson was unable to prevent the Clarets from relegation on the last day of the season.

After leaving the Etihad in 2019, Kompany was named player-manager of Anderlecht, but after presiding over the club’s worst start to a league season, he returned to playing duties for the remainder of the season.

In August 2020 he was given the role again on the same day he announced his retirement from playing.

He took them to fourth place in the Belgian first league in his debut season, and third in 2021/22, 13 points behind regular season leaders Union SG.