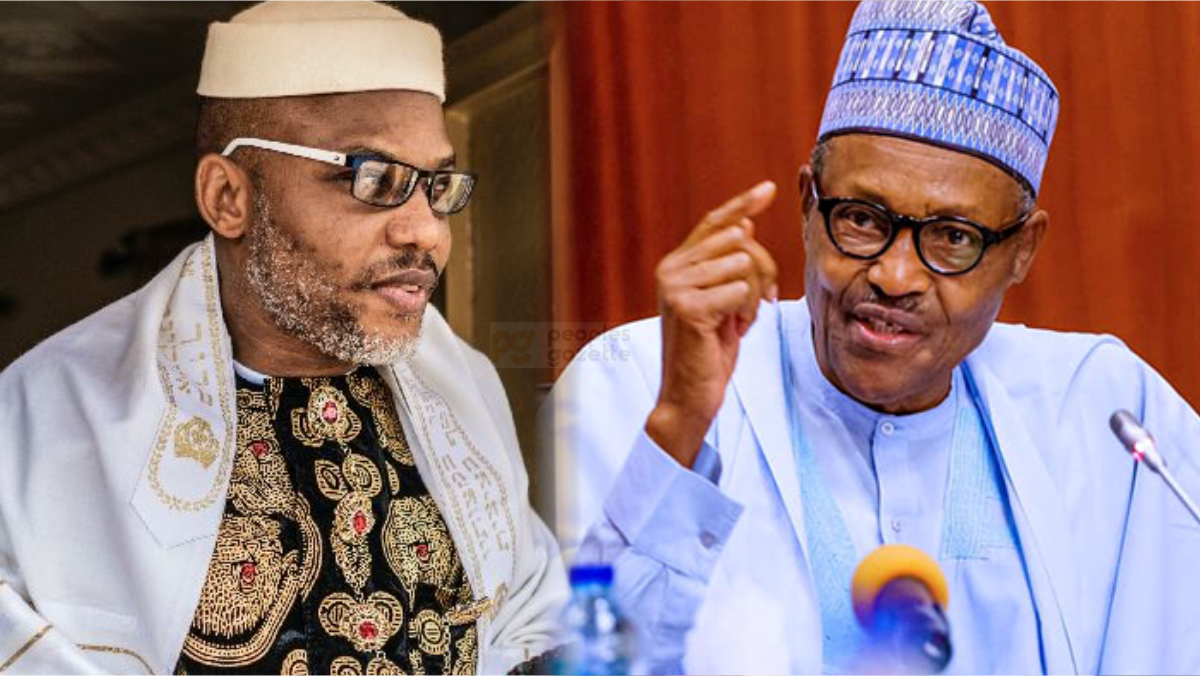 On Tuesday, the Association of South East Town Unions issued a heartfelt plea to President Muhammadu Buhari (retd.) to free Nnamdi Kalu, the leader of the Indigenous People of Biafra, and preserve the area from devastation.

The organization said that the president may use his prerogative of mercy to do so, regretting the fact that the insecurity situation in the region had worsened since his arrest and confinement.

According to ASETU, releasing the IPOB commander will contribute in the restoration of regional peace.

The organisation made the request in a statement signed by its National President, Chief Emeka Diwe, who said that the arrest and confinement had caused great sadness in the South-East.

“ASETU, and indeed Igbos in general, are deeply distressed by Mazi Nnamdi Kanu’s continued detention, an action that has not improved the security situation in Igboland and Nigeria, but rather introduced the monstrous and retrogressive’sit-at-home’ with the attendant massive deterioration of security and debilitation of the South-East economy,” according to the statement.

“Extend his milk of human kindness to Ndi Igbo in this most trying period and abate the continued loss of innocent souls and the destruction of the South-East economy by applying a political solution and using his prerogative of mercy of the Presidential Amnesty to release Mazi Nnamdi Kalu from detention,” the group pleaded.

“This will not be the first time Nigeria is compromising logic and legality to achieve peace, except there is more to it. It was done in the Niger Delta in the case of Asari Dokubo and Co: also, confirmed Boko Haram, killer terrorists and bandits, who have murdered several innocent soldiers, policemen, and thousands of other security agents and innocent civilians were said to have been pardoned,

compensated with billions of naira and placed on salaries above level 15 civil servants; ironically but dangerously they were recruited and absorbed into the same Nigerian Army they swore to wipe out!” the group said.

The ASETU stated that one man’s protracted arrest has resulted in the deaths of many innocent people and the loss of property worth billions of naira.

“What do we lose by taking this alternative to save more lives and property if releasing him (Kanu) will cease the killings and the’sit at houses’ as claimed?” the organization added. “It’s a free benefit of doubt.”

Mr. President, we tell you that releasing him would not aggravate the security situation; rather, it will bring better peace and eliminate or dramatically reduce the number of murders. Our leadership comes from the ground up. We’ve arrived on the ground. We are more aware of people’s heartbeats.”