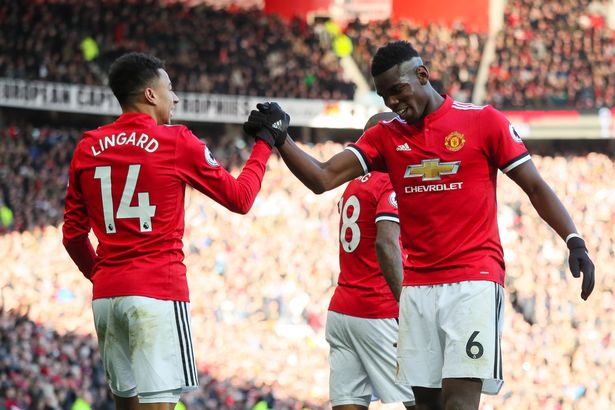 Man United will lose Paul Pogba and Jesse Lingard when their contracts expire at the end of June, the club confirmed.

Pogba left United as a free agent in 2012 to join Juventus, only to return four years later for a then-world-record fee of £89m, while Lingard ends a 20-year association with the club.

Pogba’s second term with United has been a rollercoaster, with the club confirming that he will depart for nothing for the second time when his contract expires this month.

“The club can announce that Paul Pogba will leave Manchester United at the end of June, upon the expiry of his contract,” United said at the start of a lengthy send-off statement on the club website.

“Everyone at the club would like to congratulate Paul on his successful career, and thank him for his contributions to Manchester United.

“We wish him all the best for the next steps on a remarkable journey.”

The 29-year-old, who won the World Cup with France in 2018, is set to leave United on a free transfer for the second time, with a return to Juventus a possibility.

Lingard, meanwhile, leaves United having scored 35 goals in 232 games and won 32 England caps since joining the club as an eight-year-old.

A snippet of lengthy statement from United thanking Lingard for his service said: “We’d like to take this opportunity to thank Jesse for all of the memories he’s helped create during his two decades here and wish him the best of luck in his future career.”

West Ham have made “initial enquiries” with Lingard’s representatives about the England international, who is now a free agent.