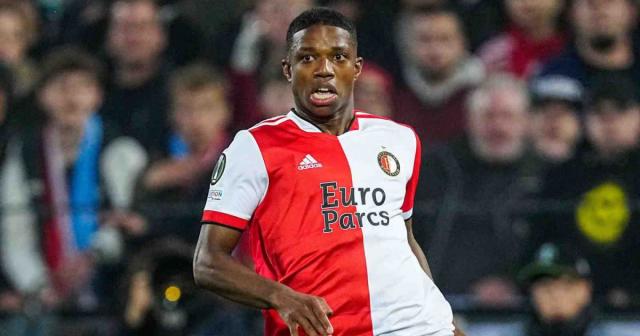 Manchester United are attempting to outbid Lyon to the signing of Dutch left-back Tyrell Malacia, according to sources.

Sources said that United have now also had a comparable bid approved, despite Lyon and Feyenoord having reached an agreement on a €15 million fee for Malacia.

The English side have moved quickly after agreeing a base fee of €65m for Barcelona midfielder Frenkie de Jong. A deal for De Jong is not yet complete but is now at an advanced stage.

While in charge of Ajax, Erik ten Hag took a look at Malacia, who shares an agent with Man United target Frenkie De Jong and has five caps for the Netherlands. His interest has now increased since accepting the position at Old Trafford.

Malacia would face competition from Luke Shaw and Alex Telles for a spot at left-back.

According to sources, United are prepared to consider bids for Telles, who moved to the Old Trafford from Porto in 2020.