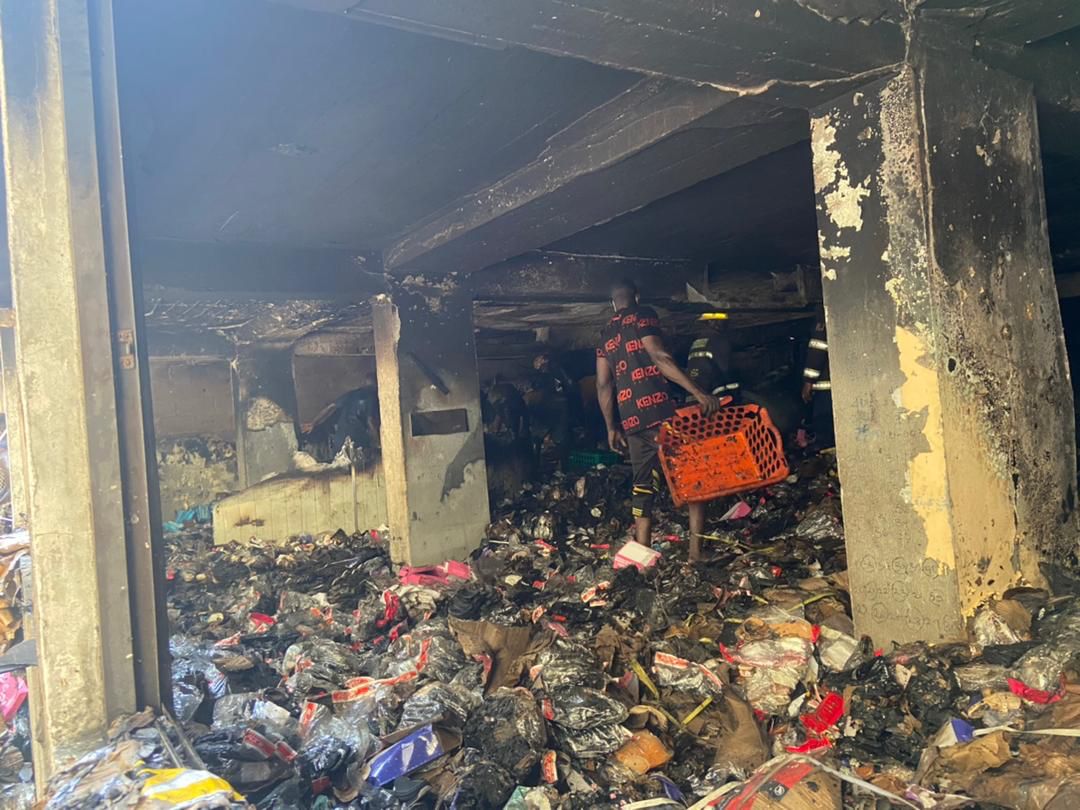 According to the Lagos State Emergency Management Agency (LASEMA), a fire broke out at 118 Broad Street, CMS, Lagos, on Tuesday morning.

Femi Oke-Osanyintolu, the Permanent Secretary of LASEMA, said the fire was started by a power surge, although there were no reported injuries as a result of the incident.

“The organization reacted to the 118 Broad Street fire incident, which was reported to LASEMA this morning via the toll-free 112 emergency number.

Upon arriving at the incident’s scene, it was found that a room in a warehouse where shoes are stored had been completely destroyed by fire.

“A power surge that occurred after the electricity was restored caused the fire to start.” Thankfully, nobody was hurt in the incident.

“The agency’s reaction team is on the scene of the incident working with LRU Fire, Lagos State Fire Service, and Federal Fire Service to extinguish the fire.

While the owners manually remove the recovered products, dampening down was completed under the direction of the D.Ops.”