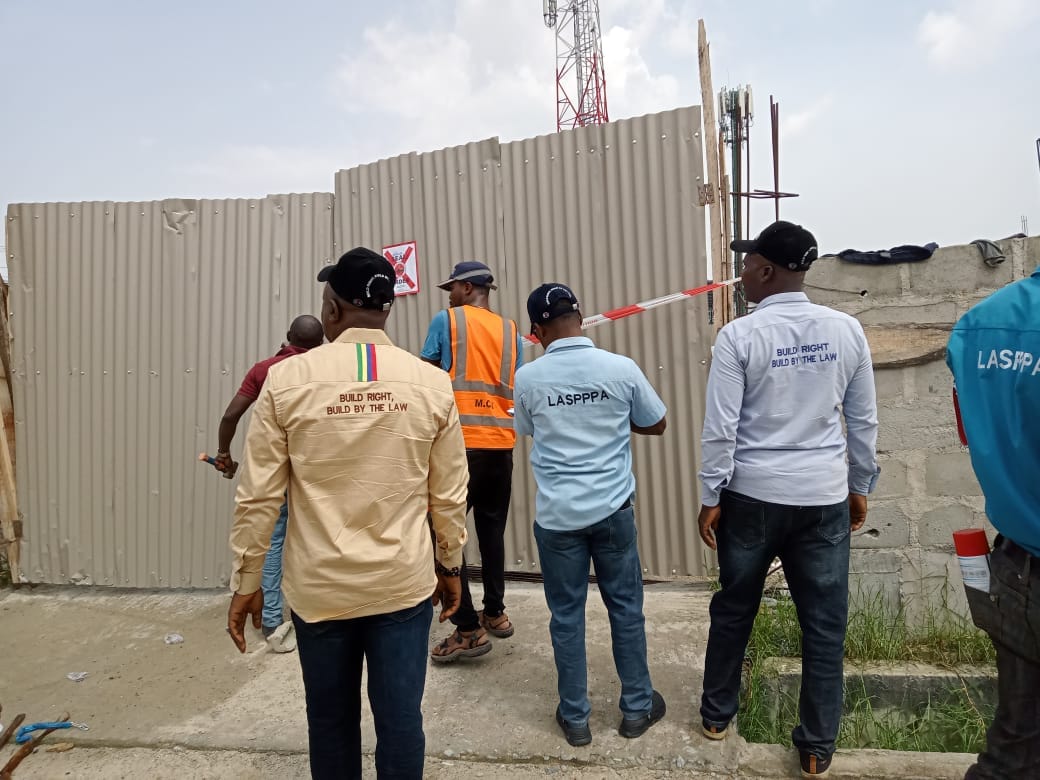 Facebook
Twitter
Pinterest
LinkedIn
Read Time:2 Minute, 14 Second
By Adeola Abdullah
…. Threatens Legal Action Against Recalcitrant Developers, House Owners
Lagos State Physical Planning Permit Authority (LASPPPA), has resealed Addax Jetty located along Ozumba Mbadiwe Way, Victoria Island after the Developer illegally broke the Government Seal that was initially put on the structure for failure to comply with the Physical Planning Permit Laws regarding ongoing construction works.
The General Manager of the Lagos State Physical Planning Permit Authority (LASPPPA), Kehinde Osinaike disclosed this on Wednesday when he led officials of the Authority on an enforcement and compliance exercise to Ikate-Elegushi area in Eti-Osa Local Government of the State.
He reiterated the commitment of LASPPPA to take legal actions against recalcitrant Developers/Property Owners who are perpetual defaulters.
Osinaike explained that the Jetty, apart from failing to obtain the necessary Planning Permit before embarking on construction works, as stipulated in the Urban and Regional Planning Laws of the State, went ahead to violate some other stipulated regulations by not observing adequate setbacks from the waterfront and necessary airspaces for the ongoing construction.
The General Manager also disclosed that over 20 buildings within Felicia Alapare Elegushi Street, Kusenla and Gbangbala in Ikate Elegushi were sealed for varying physical planning contraventions during the exercise.
In his words: “We have sealed over 20 buildings for various reasons bordering on either illegal development, construction without Planning Permits, construction without site certification or authorisation to move to site and construction in violation of the approval issued by LASPPPA among others”. 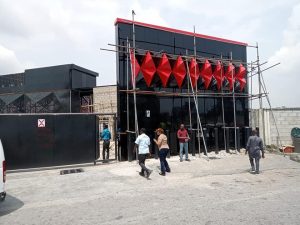 He expressed displeasure with the rate of unapproved constructions going on in the area, particularly by educated and enlightened members of the society. Saying, that a higher level of compliance was expected from Residents and Developers of the affected buildings.
Revealing that the Authority is making gradual progress in its concept of voluntary compliance advocacy, Osinaike appealed for a higher level of voluntary compliance among the citizenry particularly Real Estate Developers.
He also used the opportunity of the enforcement and compliance exercise to encourage Property Owners and other relevant stakeholders in the built industry to embrace voluntary compliance, which according to him, is time-saving, economical and more importantly ensures the safety of lives and properties.
The General Manager reminded Lagosians who have cultivated the practice of disregard for Government Seals usually placed on structures having Physical Planning Permits issues, to desist from this unlawful practice or face the full weight of the law, saying “It is a criminal offense when you break Government Seal without authorisation”.
Osinaike, maintained that the Authority will continue to comb the nooks and crannies of the State until a zero level of illegal developments are achieved in all parts of Lagos State.