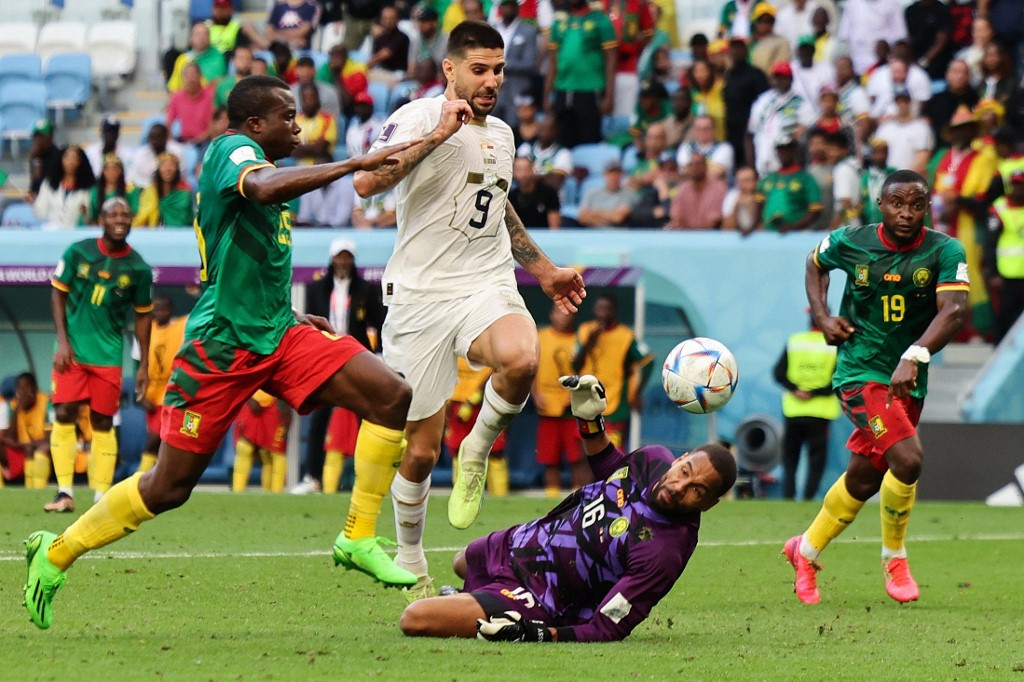 Vincent Aboubakar 🇨🇲 is the first player to both score and assist in the same World Cup game as a substitute for an African nation since at least 1966.

Aleksandar Mitrovic has scored seven goals in his last six games for Serbia in all competitions, with the Fulham striker becoming the first player to score more than once at the World Cup for the nation.

Serbia 🇷🇸 are the first nation ever to score twice in first half added time in a #FIFAWorldCup match.

This is the second time Serbia have failed to win a World Cup match despite having a two-goal lead (also 2-3 vs Côte d’Ivoire in 2006), becoming the fourth side to have done so in more than one match in the competition (also England, Sweden and USSR).

This was Serbia’s first ever draw in a World Cup match (W2 L8), and the first time they have ever scored as many as three goals in a game in the competition.

This result ended a run of eight straight World Cup defeats for Cameroon, picking up their first point in the competition’s group stages since a 1-0 win over Saudi Arabia in 2002.

Cameroon scored three goals in a World Cup match for the very first time, in what was their 25th game in the competition. It was the first time in 16 games they’d even scored more than once at the tournament, since a 2-2 draw with Sweden in 1994.