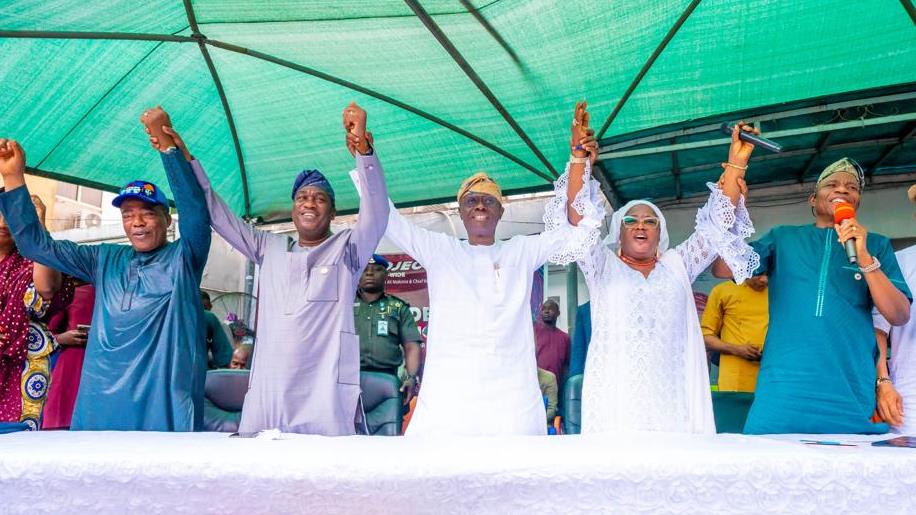 The governor of Lagos State, Babajide Sanwo-Olu, has expanded the scope of his current political consultation to include all of the state’s markets and trading communities.

Under the auspices of the Association of Commodity Market Women and Men of Nigeria, the governor met with all market executives on Tuesday in Lagos. The gathering took place at Mrs. Folasade Tinubu-Ojo’s, their president-general’s, home in Alausa.

Sanwo-Olu would meet with the industry titans for the second time in three months. The All Progressives Congress (APC) State Chairman, Hon. Cornelius Ojelabi, the Deputy Governor, Dr. Obafemi Hamzat, the Special Advisor on Local Government and Community Affairs, Hon. Bolaji Roberts, and the Director General of the APC Governorship Campaign Council, Sen. Ganiyu Solomon, were present with the Governor. 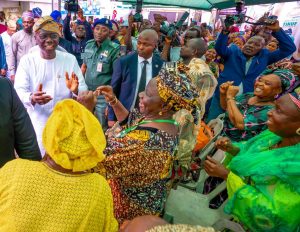 Sanwo-Olu, who referred to marketers as “important stakeholders” in the governance of the state, stated that the visit was a component of his extensive consultations prior to the general elections, noting that the interaction with traders in the informal sector was important for reaching out to the general public.

The governor informed the business executives that his administration was dedicated to ensuring their welfare, and he pleaded for their full support of the APC in the upcoming elections.

He said: “Market leaders and their members are important stakeholders in the governance of Lagos. We interact with them from time to time and consult them on issues concerning growth of our markets. Today, we have come here to thank them for the support they have continued to give our Government and to encourage them to continue to be loyal citizens of the State. 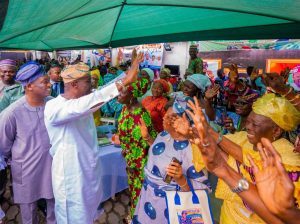 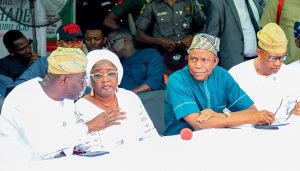 “This venue has been a strategic meetinghouse for discussion with market leaders on socio-political issues. It was from this same house that Asiwaju Bola Ahmed Tinubu left and was sworn in as the Governor of Lagos in 1999. Since then, this edifice has been the spot of convergence for all the market leadership in Lagos. The visit today is to reassure market men and women about our commitment to their well-being and to ensure we have their full cooperation as to their support for the progressives party.”

Sanwo-Olu informed the traders that the government has accelerated ongoing work to complete all of the marketplaces that are currently under construction.

The governor stressed that the intervention has enabled many women and low-income households to satisfy their needs when he announced the renewal of loan awards to 100 micro and small companies in each market around the state.

Sanwo-Olu used the occasion to discuss the advantages of good governance that the state had gained in a number of sectors, including education, transportation, and health, noting that the administration’s programs were intended to improve the lives of citizens regardless of their financial circumstances or social standing.

The Governor said: “We are in the season of politics and we consider it necessary to meet with our people in the market and solicit for your support in the forthcoming general elections, especially for our presidential candidate, governorship candidate and other positions our party is vying. 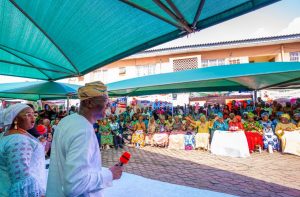 “This is an important step, you are part of the crop of people that diligently wait at the polling booths to cast votes for our party. We cannot take you for granted, despite having new people in the electoral register. We need to engage and talk to you about our plans. In this case, we are seeking their support for all our candidates in general.”

During the conversation, the traders brought up concerns that affected them and gave the state government advice on potential areas for collaboration and improvement.

Iyaloja-General Tinubu-Ojo promised to mobilize members of their homes and communities to vote en masse for APC in the state and at the federal election, assuring the governor of market leaders’ continued support for the party.