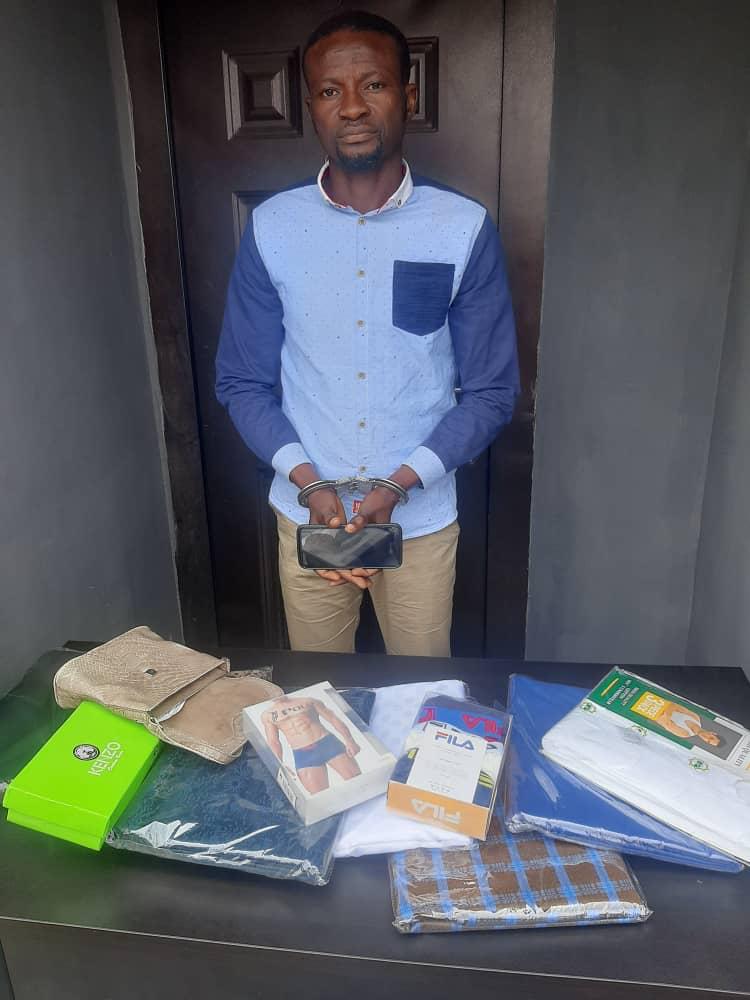 A 44-year-old Olumide Agboola, has been detained by police officers of Makinde Police Division, Mafoluku in Lagos .

Agboola who is well-known for defrauding online merchants was arrested after a thorough investigation was conducted as a result of several allegations about his activities. The suspect’s unquestionable identification has been made possible by multiple CCTV footage from the suspect’s various crime scenes.

According to a report, during his previous operation, the suspect took the victim’s Infinix Hot 9 mobile phone, together with the various textiles, underwear, and singlets she had come to sell, all of which were worth N193,000.

The suspect’s method of operation, according to a preliminary inquiry, was to pretend to be a real customer on social media platforms, place orders, and ask vendors to deliver the things to specific hotels, where he would loot the guests.

The search for further stolen goods from his earlier operations is still ongoing.

Referee Tom Nield sent off a player during Tuesday's English League One match between Bolton and Forest Green. Wanderers were a...

The government of Ondo State has reacted to news making the rounds in certain section of the media that the...